Transcription error from deeds to registry - Plott not Platt. Also, Duck should be Dutch Buffalo Creek. Under the column "Kind of Instrument is the word "Do", meaning "Ditto" - a repeat of the information from the previous above space. 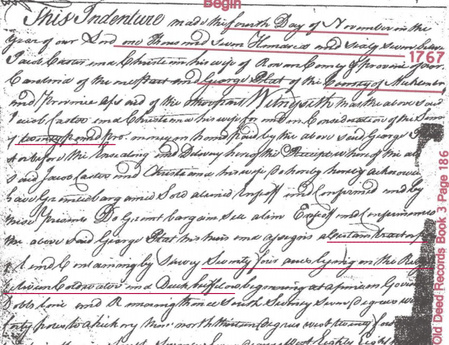 First known deed granting George Plott property in 1767.
1768 July - The first recorded land deed of George Plott purchasing land in the State of North Carolina from Jacob and Christine Castor, Mecklenburg County, North Carolina.  This is the document that establishes when George and Margaret Plott were originally in North Carolina; until another document is found and/or released.

"This Indenture made this fourth Day of November in the year of our Lord one Thousand seven Hundred and sixty seven"
"in Consideration of the Sum of twenty pounds" £20
"tract or Parcel of land Containing by survey Seventy four acres lying on the Ridges Between Coldwater and Dutch Buffalow"
The witness was Daniel Conrad, who might have been Elias' brother-in-law. Elias' wife was Charity Margaret Conrad.
1767 Deed from Jacob and Christine Castor to George Plott, Mecklenburg, NC​ - CLICK HERE
George Plott as Land Grants 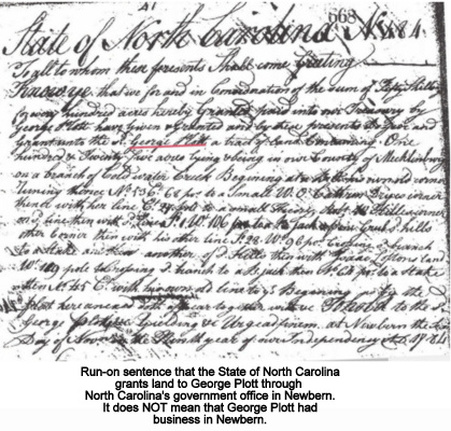 1784 November 2 - The following two files are for the State Grant #484 to George Plott. The grant is a run-on sentence on behalf of the State of North Carolina through its NewBern office. The first file is the land grant and the second file is the survey information.  No documentation has been found and/or released that George Plott was ever in NewBern, North Carolina.

£10 pound for every 100 acres​
81 Acres
The description also includes, "thence with a line of his new granted land Sd (said) 484", which is the property above mentioned. 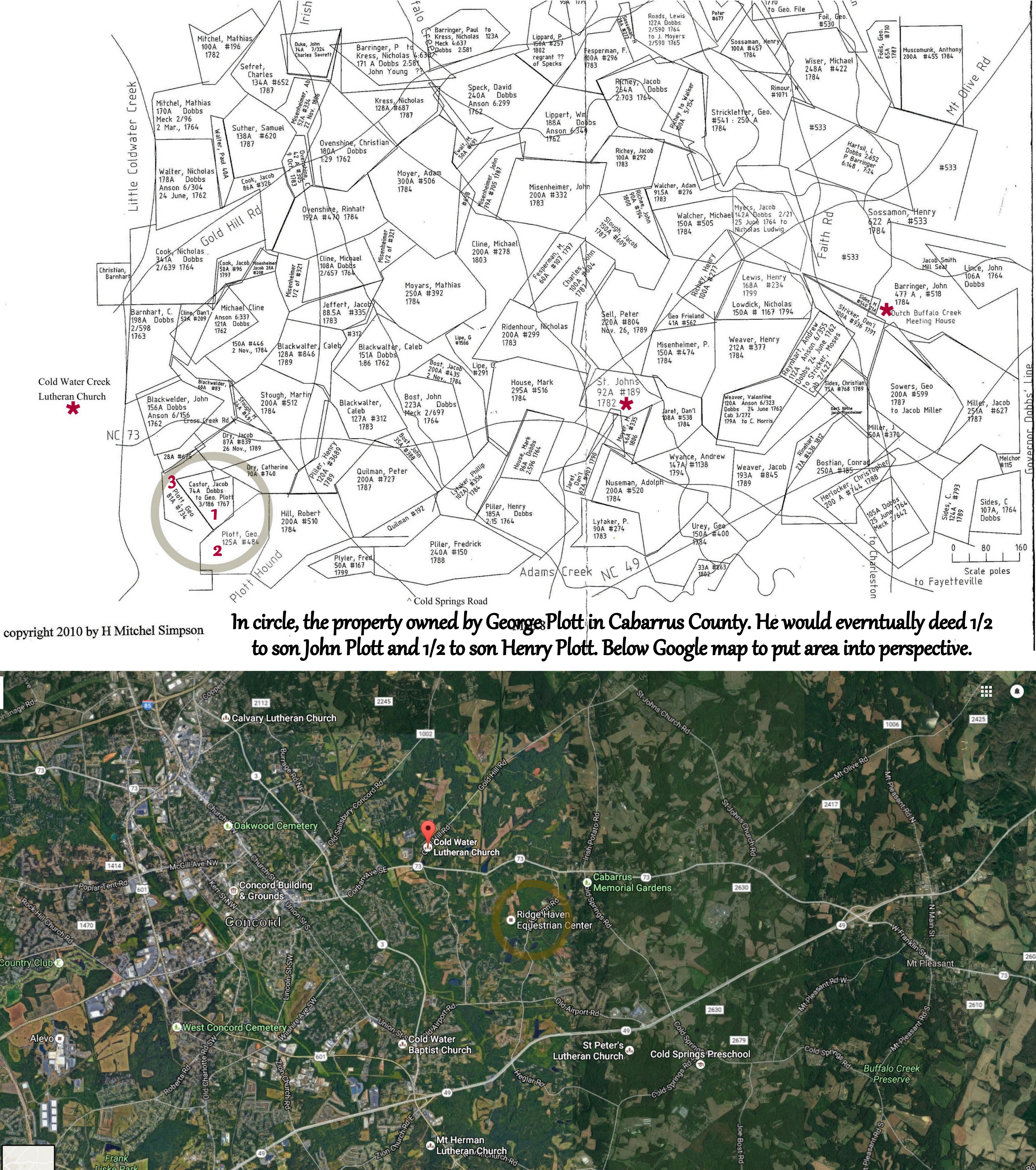 The top map excerpt came from "Cabarrus County, NC, Surveys (1747-1916; 1,500 surveys in 24 maps)" by Drs. H. Mitchel Simpson and A. B. Pruitt. For your book copy, click on the "A. B. Pruitt Books About North Carolina" green button link found below. This book should be number 28 on the Pruitt website list. The lower map is credited to Google.
I want to make sure that I fully credit Drs. H. Mitchel Simpson and A. B. Pruitt for their excellent Cabarrus County land surveys and warrants books. Please use the below links to view their pages or to order pertinent books. Dr. Simpson's website has additional information on the Cabarrus County area. Dr. Pruitt's website has additional information on North Carolina books, South Carolina books, Georgia books and Tennessee books. The "Introductions" in the books have additional information, which are invaluable to the readers.