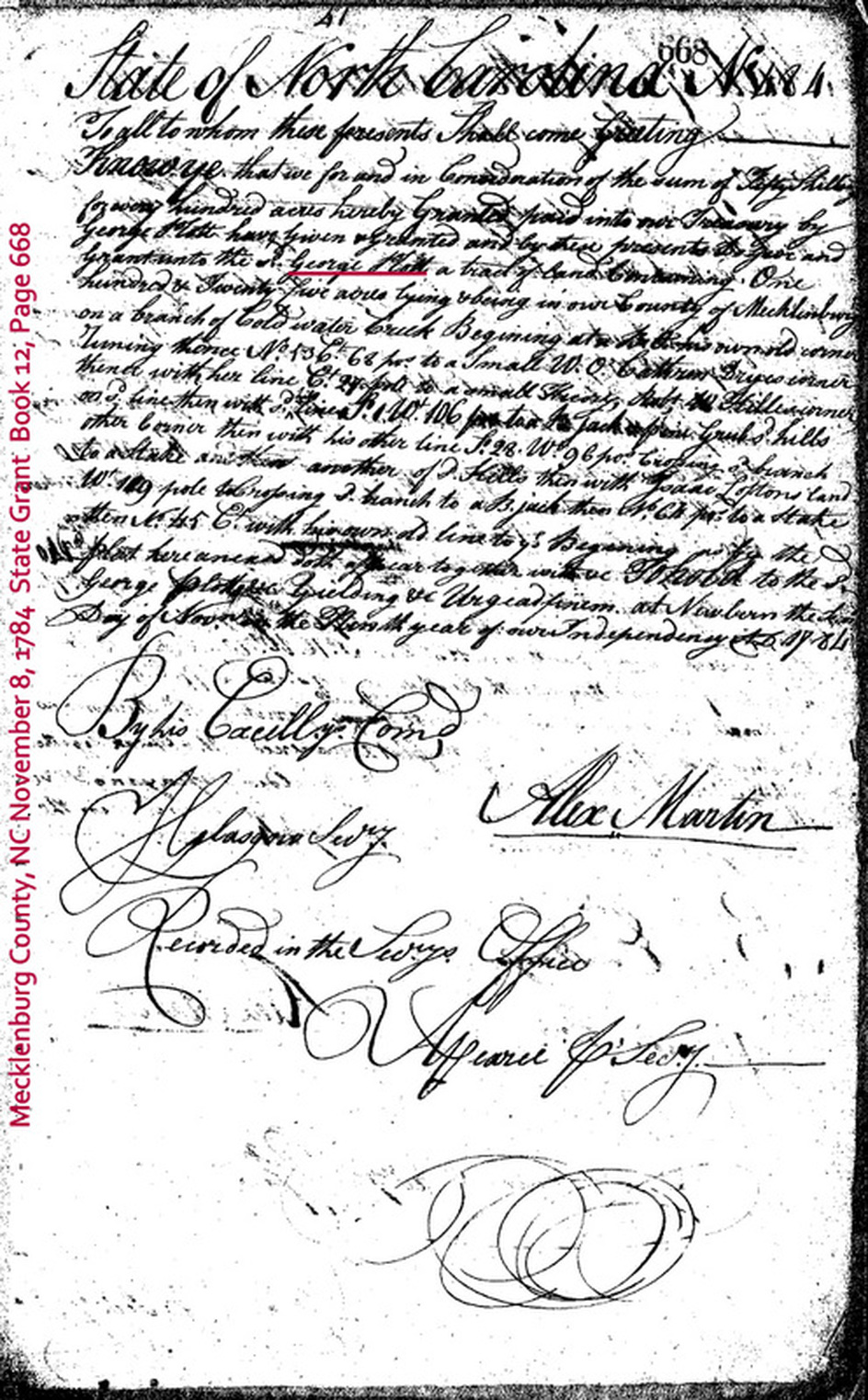 Has the Craven County Genealogical Society-New Bern been asked to research for George Plott in their regional records? Yes. Here was the response, “I spent a number of hours yesterday at the Register of Deeds and the public library Kellenberger Room looking up information on the Palatines, early deeds, etc. I did not find your George Plott in the grantor or grantee indexes for early deeds or in the books relating to early German and Swiss settlers in New Bern. I specifically looked for the early immigrants and their occupations for it is clear that the all types of trades were needed to survive living in a new land. I wish that I could be of more help but have exhausted the resources that are readily available in Craven County. Judy Nelson”.

Email from Judy Nelson explaining that she cannot find documentation of George Plott in Craven County, North Carolina
Unless documented proof is found and/or released,George Plott was NEVER in New Bern, N.C.

It needs to be mentioned that prior to the American Revolution all of the states were under British rule, including North Carolina. Once the colonists won the American Revolution, for years the citizens took great pride in their new country and independence from England, as so much they commented in documents. Within this land grant, the final line, the officials make comment of the American independence, “...The Second Day of Nov. in the Ninth year of our Independency A.D. 1784.” This land grant #484 was signed by the then governor, Alex (Alexander) Martin.
What is a land grant and how did George Plott obtain land grants?
A land grant was the issuing, meaning the transferring of land ownership from the then government (be it by Colonial British or post American Revolution State) to a person or group of people. More than likely, the land was a ‘newly’ sectioned parcel and was granted freely for militia service or at a nominal cost. In order for George Plott to have obtained a land grant, he would have had to find a vacant land or tract of land, which he did two times in Mecklenburg/Cabarrus County on Coldwater Creek. After he decided upon the property, he ventured to the county land office, filed a claim for the property, paid a nominal fee and gave a simple land description. The government would allow a time period to see if anyone else had or were claiming the same land tract. If no one else claimed or disputed George's claim, a land surveyor would have visited the property, spoken to George on where George staked the boundaries, so that an accurate survey could be drawn. Once the survey was completed, the land grant document was filled in with the property description provided by the surveyor. In general, land grants were written or filled out by a secretary (a clerk) for the governor; however, the sitting governor would sign the land grant.