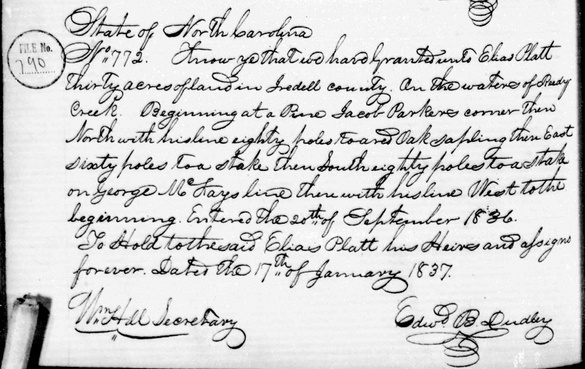 Click on the below green button to open, read, save and/or print or ​HERE.
Land Grant File - Elias Plott No. 772 On Waters of Ready Creek
Elias Plott as Grantee.
At this time, the Iredell County grantee deed list does not record Elias Plott; however, records his son, Elias W. (Wagner) Plott. 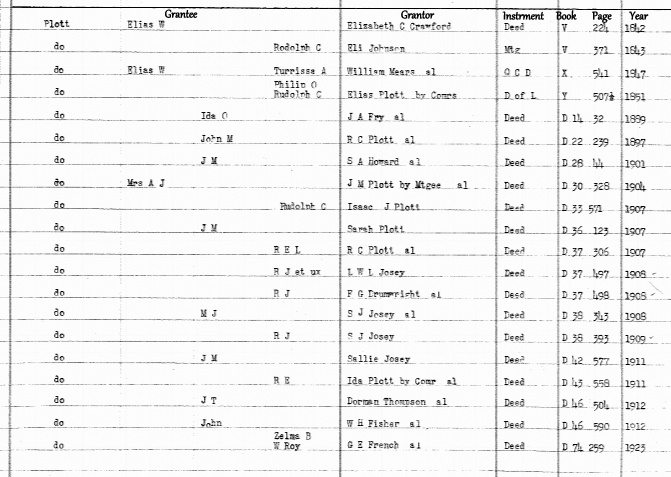 Elias Plott was not logged on this registry as grantee. Elias W. (Wagner) Plott was the son of Elias Plott.
Elias Plott as Grantor. 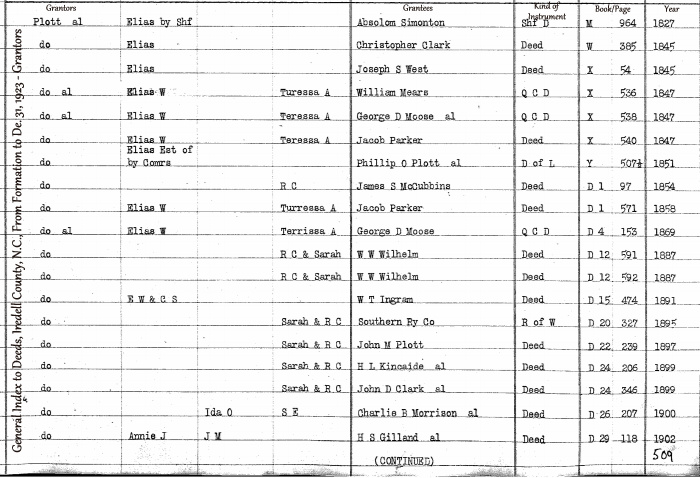 "No. 1" was assigned to Philip O. Plott. This property was on the J. Parker line. Please see the above land grant to Elias Plott, which describes "Jacob Parker's corner."
"containing 52 acres."

"No. 2" was assigned to Rudolph C. Plott.
"containing 150 acres the above boundary of Rudolph includes the land purchased by him from his two Brothers, Jeremiah & Wlias W. and is own lot. 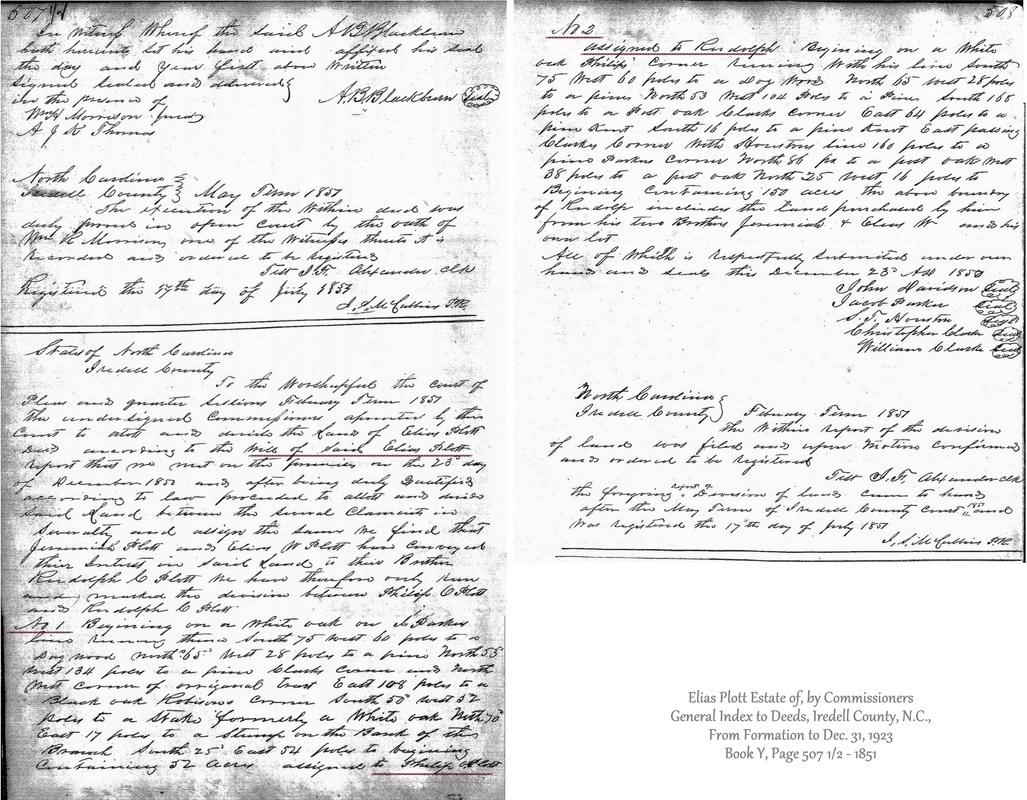